Buy KFS Koltsov. How to choose. Tips for beginners 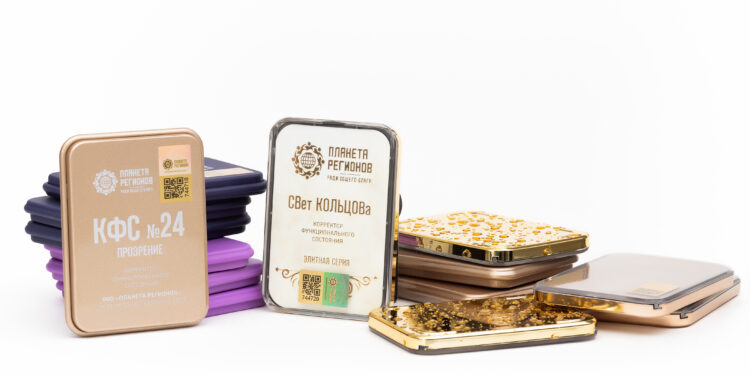 If you decide to buy CFS Koltsov, but can not choose from all the variety, we will give a number of fundamental tips with which it will be much easier to do this.

All the correctors are divided into series. At the moment there are 6 series, as well as CFS Coulombs, CFS Protection for the phone and CFS bracelets.

Let’s briefly characterize all series of correctors of a functional state:

Which CFS Koltsov to buy first

From the general recommendations it follows that first you need to purchase CFS No. 2 and apply this corrector for several months to remove toxins and toxins. After that, all other CFS will work more efficiently, because in a pure organism the processes occur much faster. Next, apply CFS number 1, in parallel with the number 2. The first half of the day number 1, the second half number 2. №1 neutralizes harmful substances, №2 displays. Next, connect the number 3 or number 4, depending on the sex, at night. There is a recovery of the genitourinary system. CFS number 5 is used at night, this corrector is putting the liver in order. It can be alternated with # 3 and # 4.

As a rule, the question arises whether it is possible to start with other CFS, bypassing the basic ones? Our opinion — of course you can if your body contains a minimum amount of slags, toxins, parasites, etc. In this case, you can start using other KFS plates.

For children, the corrector was created, the Healthy Generation. It can be used by the child from birth, skipping basic.

CFS gold series, it makes sense to apply after using CFS number 2. Correctors of the gold series are working on cleaning thin material shells, and in the ranks of cases they are paramount. The developer of the CFS Koltsov Sergey Valentinovich stressed the importance of CFS number 20 in our time and put this corrector along with number 2.

Exclusive CFS Flora and Fauna is used without prior preparation, it is aimed at working with plants and animals. CFC Anticathacism works with large territories.

Also, after the CFS No. 2, collector plates can be used. A number of them repeat the functions of the basic ones, but are more focused on their impact. For example, in a number of cases, No. 1 can replace the CFS Zhiva.

CFS protection on the phone is used regardless of other plates. Work in this case is performed with the electromagnetic emissions of the phone.

This is the main advice what CFS Koltsov to buy first.

Where to buy original correctors of a functional state

Where can I buy CFS Koltsov, so as not to run into a fake? — This question is very often asked by novice plate users. The answer is very simple. Products must be purchased on the websites of the official distributors of the Company «Center Region». To check the seller’s website click on the link, there is a detailed instruction.

Insight into Koltsov’s FSC in questions and answers.

Do you want to learn more about the Koltsov’s FSC or other products of the Planet Region Company?