Dear site visitors, users of Koltsov’s functional state correctors and other products of the Company!

You can get advice by typing questions in a chat room (lower right corner). Even if the operator is not online, you will receive full response later. Skype consultations are held on request

In «SHOP» section, you can not only order and pay for any products of the Company, but also read the detailed product description.

For beginners, basic information about the Company’s products is available both as text at the bottom of this message. 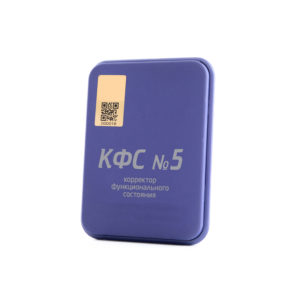 This post is written for the beginning user of Koltsov’s functional state correctors (FSC). After reading the material, you will learn about Koltsov’s FSC, what it is and how to use it.

If you are just starting to understand the FSC, it will be difficult for you to figure out and get the point of each FSC. The products of Koltsov’s FSC and its diversity can be confusing, but do not worry, we will help you to understand everything and do better.

How does FSC work

Koltsov’s functional state correctors (Koltsov’s FSC) — a device that restores the function in human cells on exposure to longitudinal waves and information on a plate. To transfer information from plate to body cells, special waves are used, they transmit data to the body with a certain frequency and intensity.

Different information is recorded on the plates, it helps to affect different body parts and their functional state. The plates can affect both the recovery processes and the normalization of organs function, and the mental state of a person

The FSC consists of two external plates made of magnetic plastic. The material does not contain any toxic materials. The plate size is 78х55 mm.

At the corners and in the middle of FSC there are 5 devices of 14х19.5 mm size. These devices are made in the form of rectangles with 4 layers. Layers are made of high-quality magnetic rubber 25×0.4 mm.

1. Neutralizes electromagnetic waves. Transverse waves are transformed into longitudinal waves. The nature works with such waves, they are natural for all living organisms. This prevents the effect of mobile phone, microwaves, and other home appliances radiation. Any FSC has these plate functions.

2. Aqueous medium structuring. Different beneficial information is recorded on the water, it creates symmetric crystals forms that are good for the body. Crystals are perfectly shaped, as opposed to primary. The ideal symmetrical shape of crystals has a healing effect on the organs. It has been proved by numerous laboratory and clinical studies of scientists. The important thing to note is that each FSC has its own piece of information and affects the aqueous medium differently.

There are 4 main ways to use Koltsov’s FSC:

2. Structured water can be used during shower or bath.

3. Carry with you, pump energy centers.

4. Protect yourself against electromagnetic waves.

Green series — Places of power and channels are the main components of polarization. They transfer features, characteristics and energy from places of power concentration

Golden series — this series helps to destroy the external factors influencing the overall condition of a person — an evil eye, spell, brainwashing and many other things. The power of MAYA channels is the basis of these plates.

Exclusive FSC — these are plates that have not been included in the series according to color. Their characteristics and contained information has unique properties.

To avoid confusion, brief characteristics of only basic FSC are provided for beginning users. They were named like that because, according to doctors, it only makes sense to try the FSC of other series after a few months of their use:

1. It is recommended to drink water and only wear FSC No.2 (detox) in the abdominal region in the first two weeks.

4. It is recommended to place the FSC No.5 (rehabilitative) in the projection of liver before bed.

5. It is not recommended to wear multiple FSCs at the same time.

6. It is recommended to drink water from the same FSC number that you were wearing;

7. The daily water intake should be 30 mg/kg body weight for the effective functioning of correctors.

Insight into Koltsov’s FSC in questions and answers

The Functional State Corrector (the Koltsov’s FSC) — an energy information device that affects the body fluids by recording healing information. Information is transferred via longitudinal waves.

Correctors contains information recorded from different objects: medicinal plants, minerals, sources from places of power, channels and more that have a positive impact on human body.

FSC «Phone protection» has a special program of neutralization of cell phone radiation.

There are 3 principal lines of applying correctors:

The general guidelines for correctors says that work on FSCs should be started with basic blue series No. 1 and No. 2. FSC No.1 includes antiparasitic function, and FSC No.2 removes waste and toxins from the body. First, use only No. 2 for two weeks, if you are over 40 years old.   These two correctors will cleanse the body of parasites, toxins, which will allow to use FSCc of other series much more effective. Recently, there is a tendency to use FSC No. 20  jointly with FSCs No.2 and No.1. The FSC No. 20 cleanse the delicate human plan of energy information parasites, which are in almost every person.

It is not recommended to closely use FSCs during pregnancy. You can drink structured water and pump energy centers.

Yes, we created the FSC «Healthy generation» for babies. Recommended to both mother and child.

Any of 2 correctors, if we are talking about the classic pumping.

No. Correctors are preventive devices. More details can be found on the official website of the Koltsov’s FSC.

In the first 2 weeks, it is recommended to wear in the gastrointestinal tract region and drink structured water with the FSC No. 2 in the beginning. Next, wear FSC No. 1 in the morning and until 16:00 in the gastrointestinal tract region. Wear FSC No.2 after 16:00 to remove waste and toxins. Wear FSC No.3 (female urogenital system) or No.4 (male urogenital system) before bed below the belly button. The FSC No.5 is recommended to be used closely in the liver region. It should be noted that you should drink structured water from the same FSC that you wear.

FSC No.16 should be placed next to the router.

It should be noted that in passive mode structuring is much slower than in active mode. For example, when you run water into a bath-tub and want to take a bath in structured water, it is enough to hang the FSC on the tap from which water flows.

Operating components of Koltsov’s FSCs are made of magnetic rubber located on the sides and in the middle of the plate. As long as the components (chips) do not come unglued, destroy and deform, the plate is in working condition. If you use them carefully, the service life of the FSC could be several decades.

Water can keep its properties for a long time. That period may be up to one month or more. The container with structured water should be well-mixed, or preferably — tapped against a hard surface before drinking.